Is It Eczema or Is It Psoriasis?

Home » Community News » Is It Eczema or Is It Psoriasis? 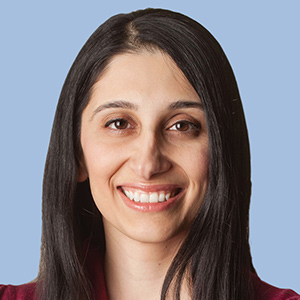 Why is it so difficult to distinguish between Eczema and Psoriasis?

Both of these skin conditions have similar symptoms, as both result in inflammation. However, the differences lie in the cellular and molecular makeup. This means that it is difficult to tell which skin condition you have with the naked eye.

How do you diagnosis these conditions?

A biopsy is used to differentiate between the two, but treatment is often similar. These could include topical cortisone, especially with mild cases; immunosuppressive drugs for moderate cases. Phototherapy or ultraviolet light treatment for something more severe. Note that eczema can prompt a secondary infection, so your doctor may also use antibiotics to remove bacteria.

Is there a cure for either of these skin conditions?

At this time there is no known cure for psoriasis or for some forms of eczema. However, you can play an important role to limit the symptoms by getting proper treatment, keeping your skin moisturized, eating a healthy diet, exercising, and drinking plenty of water. See a dermatologist if you have a rash and it does not go away.

Those red patches of thick red skin and silvery scales on your body is most likely psoriasis. It is a chronic autoimmune skin disease that speeds up the growth cycle of skin cells; therefore, the immune system becomes overactive and attacks normal tissues in the body.

The most common type of psoriasis is called plaque psoriasis, which is an autoimmune disease that starts under the skin and is that thick red, scaly skin that I referred to earlier. There is not cure at the moment, but the good news is that plaque psoriasis can be controlled with proper treatment.

Who is at risk for psoriasis and is it contagious?

First, psoriasis is not contagious. This means you cannot get psoriasis from contact (e.g., touching skin patches) with someone who has it.

However, anyone can get psoriasis. It occurs mostly in adults, but children can also get it. Men and women seem to be at equal risk.

Among racial groups, Caucasians are at higher risk of developing psoriasis; it occurs in about 2.5 percent of Caucasians as opposed to 1.3 percent of African Americans.

While psoriasis can develop at any age, it most often appears between the ages of 15 and 25. Researchers believe there is a strong genetic aspect to psoriasis because one out of three people with the condition has a relative who also has psoriasis. In addition, if both parents have psoriasis, their child has a 50 percent chance of also developing the disease.

Those with HIV or those with compromised immune systems are more likely to develop psoriasis. Children with recurring viral and bacterial infections—particularly strep throat—may be at an increased risk. Because high levels of stress have a negative impact on the immune system, chronic stress may increase the chances of developing psoriasis as well. Researchers also believe that smoking not only causes psoriasis to be more severe, but that it also may play a role in the initial development of the disease.

How is psoriasis diagnosed and treated?

Psoriasis often has a typical appearance that a primary care doctor can recognize, but it can be confused with other skin diseases (like eczema), so a dermatologist (skin doctor) is often the best doctor to diagnose it. The treatment of psoriasis usually depends on how much skin is affected, how bad the disease is (e.g., having many or painful skin patches), or the location (especially the face). Treatments range from creams and ointments applied to the affected areas to ultraviolet light therapy to drugs (such as methotrexate). Many people who have psoriasis also have serious health conditions such as diabetes, heart disease, and depression. Some people with psoriasis also have an inflammatory condition which affects their joints, called psoriatic arthritis. See a dermatologist if you have a rash and it does not go away.

Atopic dermatitis, also known as eczema, is a noncontagious inflammatory skin condition. It is a chronic disease characterized by dry, itchy skin that can weep clear fluid when scratched. People with eczema also may be particularly susceptible to bacterial, viral, and fungal skin infections.

Who is at risk for eczema and is it contagious?

This inflammatory skin condition affects an estimated 30 percent of the U.S. population, mostly children and adolescents. The condition often is associated with other allergic diseases such as asthma, hay fever, and food allergy. Children whose parents have asthma and allergies are more likely to develop eczema than children of parents without allergic diseases. People who live in cities or drier climates also appear more likely to develop the disease.

How is eczema diagnosed and treated?

Though there is no cure for eczema, a treatment plan and some medications may reduce symptoms and help control the condition.

It is important to remember that the condition tends to worsen when a person is exposed to certain triggers, such as:

Taking too many baths or showers and not moisturizing the skin properly afterward may also make eczema worse. A combination of genetic and environmental factors appears to be involved in the development of eczema. See a dermatologist if you have a rash and it does not go away. Please call my office if you would like to schedule an appointment by calling 304-624-7200.

Please note, the information provided throughout this site is not intended or implied to be a substitute for professional medical advice, diagnosis or treatment. All content, including text, graphics, images, and video, on or available through this website is for general information purposes only. If you are experiencing related symptoms, please visit your doctor or call 9-1-1 in an emergency.

House Call offers a variety of content to help protect and improve your health. Don’t miss out!